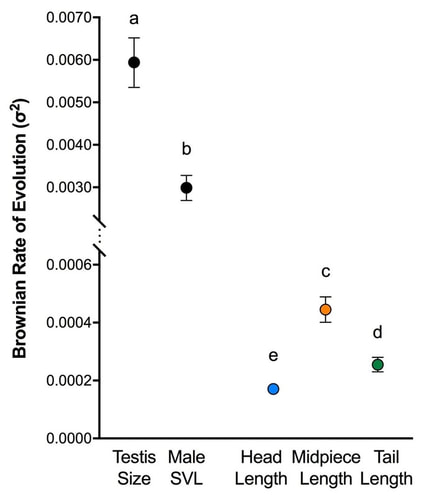 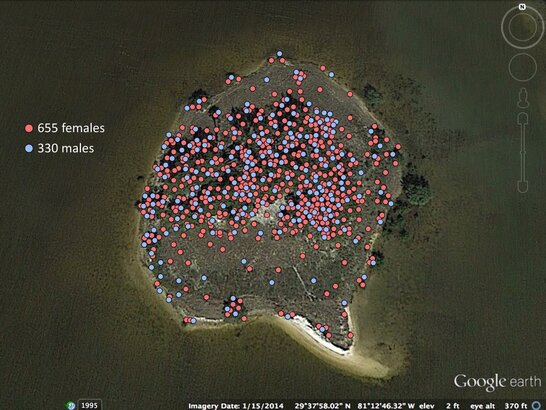 Selection on Sperm Traits in the Wild 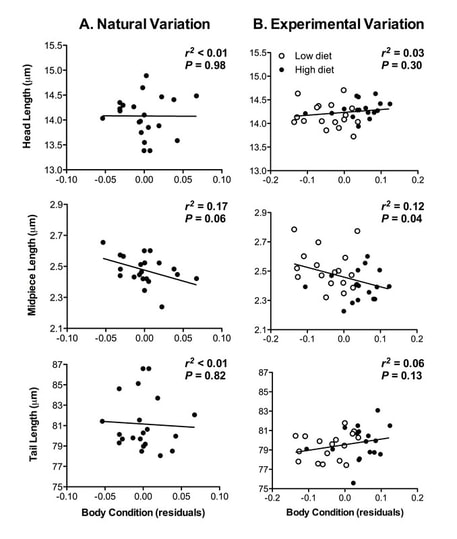 To test whether sperm morphology and sperm count were condition-dependent, I fed males either high-intake or low-intake diets for five months to alter their body condition. I then competitively mated size-matched males from each group in a reciprocal mating design. I found that food restriction reduced male body condition, decreased total sperm production, decreased sperm head length and increased sperm midpiece length. I found the same pattern in wild populations, where males in lower body condition had larger sperm midpieces. Food restriction also revealed a negative correlation between sperm midpiece length (which contains the cell's mitochondria) and sperm count, which suggests a possible tradeoff between sperm size and number that is only observed under energy limitation. Additionally, sperm morphology was more variable within individuals in the low-intake group suggesting that energy limitation detrimentally impacted the quantity, quality, and morphology of sperm. Head length, midpiece length and sperm count were negatively correlated with average proportion of paternity. This suggests that condition-dependent reproduction in A. sagrei is partially mediated by condition-dependent changes in sperm morphology and sperm count. It also demonstrates that a portion of the intraspecific variation in sperm morphology may be due to differences in diet and body condition. 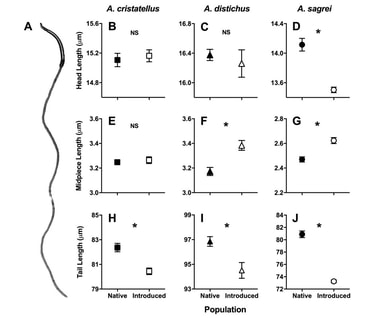